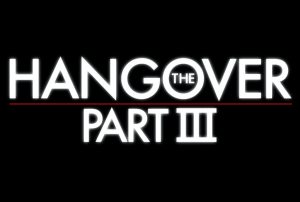 Hot Topic at the moment, the ADI Part 3 changing to be exacty the same format as the Standards Check.

It’s not really that new, they’ve been on about it for nearly three years but most people only seemed to wake up when the implementation date was announced recently.

What we know so far is this – The proposed implementation date is October 2017.

There will be NO opportunity to take the old Part 3 past this date. If you just spent 3 months studying for Part  3 – Tough titties you’ll be doing the new one. Apparently there will be a short term opportunity for you to do the old one if you had it booked before the changeover date and the DVSA cancelled, or you got hit by a bus or something but other than that no.

That caught me by surprise, I’d always expected that they’d have gradual phase in with a cut off date, i.e anyone passing part 1 before such and such a date would be able to take the ‘old’ one, as would anyone already on a second or third attempt but that’s not the case.

All this is subject to legislative approval so if Parliament gets a bit busy and they run out of time or something more pressing comes along, then it won’t change.

What do I think? Well the problem is any change is subject to the ‘snake oil’ salesmen for a start.

There is already this perception that the SC requires you to ‘coach’, that CCL or Client Centered Learning is coaching,  and that without expensive ‘coaching’ CPD sessions you won’t pass or at least you won’t get an A.

My thoughts on this coaching nonsense I’ve covered before in previous posts, on HERMES, Learning Styles, and CCL so I won’t go into them anymore here, but I’m sure there will be a whole series of books, DVD’s and websites on ‘learn the coaching secrets needed to pass part 3″ before too long…

So what do I think?

Well in an ideal world yes it would be a good idea, real learner in a real lesson assessed.

The reality is while it may not be ‘staged’ or rehearsed, some trainers are bound to teach one type of lesson. They’d be crazy not to, it won’t be long before we start to see “Don’t bother spending £2000 with xyz trainers, 500 quid and I’ll get you through part 3 in a week” type adverts

How hard is it going to be to take an experienced full license holder on a recap or refresher lesson?

They aren’t likely to hit anything for a start, so that’s one less part of the risk and ‘safety critical’ section of the form to worry about.

Then if you put the right script in at the beginning cover the dual controls and agreeing the lesson goals etc that’s a whole other section basically ticked off.

You’ve only then got to worry about fault identification, analysis and rectification on the drive, and if you’ve already done an assessment drive with them before the test, then you’ll know what habitual faults they’re going to display and learnt the fancy wording for the correction to impress the examiner.

Mix it up with some waffle about how do you think that went? or “on a scale of 1 to 10” along with going through a “reflection log” at the end of the session and ‘Bob’s your Uncle”. Want to be doubly sure? Take someone in an automatic – No pesky gear problems to worry about either.

And you’re now licensed to go off and teach someone who has never sat in the driving seat of  a car before, with absolutely no training in how to instruct at that level.

There seems to be this naive belief amongst  several trainers that it won’t happen like this, or the the DVSA will in some way be able to detect it with magical powers, exactly in the way that no driving instructors go round and round test routes with pupils, and how they all teach the right reverse…