Direction Indicators – Is there someone to benefit?

In this case when driving as opposed to moving off and stopping. 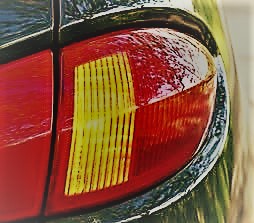 In Advanced Driving courses we don’t signal unless there is another road user to benefit – be that Pedestrian or motorised.  This is actually the advice in Driving the Essentials Skills as well, and should be demonstrated on the Part 2 ADI test.

“The candidate is expected to give signals in accordance with the advice given in the Highway Code, i.e. when they would help or warn other road users. When signals are given, they should be given clearly and in good time. The emphasis should be on the giving of signals by direction indicators”

I’ve occasionally taken on Learners from other ADI’s who feel the need to teach ‘something advanced’ who have been told this as well and it almost always leads to confusion.

Marked lanes on roundabouts, traffic lights where you can only go in one direction from the lane, junctions where you can only go one way become confusing  “Do I need to signal?” – Well the answer like most things is “it depends” –  Is there anyone in sight? Then probably not? Is there someone behind? Maybe they aren’t local so they don’t know you can only turn left from that lane. Maybe there’s a pedestrian who’s waiting to cross the road and isn’t a driver so they aren’t reading the road markings?

It makes far more sense, at that level to train to always signal,  mainly because they often won’t have the spare mental capacity at that stage to make the determination on if someone will benefit or not.  On a test you won’t be marked for signalling if there’s no need as long as it’s not misleading, but you will be marked if you don’t signal and the examiner thinks there is someone who could’ve benefited.

As I’ve said before –  if you signal and there’s no one around, so what? What difference does it make?

You’re more likely to cause a problem by not signalling if there is someone there you haven’t seen them, and the whole point of it is really as an Instructors aid into what the driver was thinking anyway.

In the original Roadcraft, when training the 6 points of car control was drilled in full. (it being a ‘system or drill’) – Once the trainee had mastered this and could do it consistently for every hazard,  then points could be omitted if appropriate (“each feature of which is to be considered…”)

When this was reduced down to IPSGA, it became even more necessary than before for the Instructor  to determine if the driver was actually thinking about each of the 4 phases or just banging on the indicators by habit. 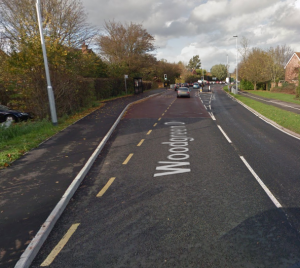 You need the left hand lane to go straight ahead.

Now most people merge a lot further down either just before the pedestrian crossing (which is potentially dangerous anyway if you’re changing lanes across the middle of the crossing, and might also be an offence if there is someone already in the left lane as you’ve overtaken the vehicle nearest the crossing) or further down.

The reason they merge further down is everyone seems to think that the Bus Stop on the left is a Bus Lane and you can’t drive in it.

If you’re just driving along the road and you keep parallel to the kerb in the normal driving position I’d argue no left signal is needed. We drive on the left in the UK, and we’re following the kerb along the left. 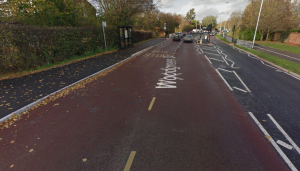 If you approach a normal roundabout with two lanes intending to continue straight ahead you don’t signal left to stay in the left hand land and then cancel the signal on approach, you just drive up in the normal driving position.

You don’t need to signal left to keep on the road in the normal driving position.

If you do signal its potentially not a problem, however there is a junction on the left just past the crossing so you’d need to ensure the signal is cancelled so as not to be misleading for anyone at the junction. Theoretically someone on the pavement might also think you’re stopping in the bus stop.