Breach of the Highway code – illegal

But what’s the truth of the matter?

You can often hear or read online some variation on:-  a breach of the advisory (not mandatory) parts of the highway code being is just as illegal as the “must not” parts. 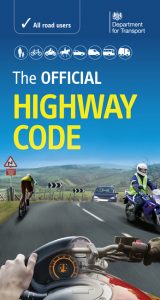 “A failure on the part of a person to observe a provision of the Highway Code shall not of itself render that person liable to criminal proceedings of any kind but any such failure may in any proceedings (whether civil or criminal, and including proceedings for an offence under the Traffic Acts, the Public Passenger Vehicles Act 1981 or sections 18 to 23 of the Transport Act 1985) be relied upon by any party to the proceedings as tending to establish or negative any liability which is in question in those proceedings.”

So first of, “shall not of itself render that person liable to criminal proceeding of any kind”

That’s pretty clear. If you breach the advisory sections in any way and no one is affected you aren’t liable.

However – what if someone is affected?

Well as always it really depends on the circumstances, but basically you aren’t automatically liable just because you’ve breached the code.

The most recent and frequently quoted case is Goad v Butcher (2011) – which maintains that breach of the Code alone doesn’t create a “presumption of negligence”.

I.e. Just because you have breached the code, and an incident has resulted, doesn’t mean that it’s automatically found to be due to your negligence.

In Goad v Butcher a speeding motorcyclist approached the end of a road, and struck the side of tractor that was turning right into the that road.

The motorcyclist claimed that the accident was a result of the tractor ‘cutting the corner’ contrary to the highway code.

The court found that although a breach of the Code was established, it was:- “no more than ‘an unfortunate red herring’ – although cutting the corner would have been a negligent act in respect of road users coming down the road, is was not in these circumstances. and that the view of 110m down the road was a sufficient distance for a reasonably prudent driver to make the turn”

This actually goes back a long way – an earlier case quoted quite a lot is, Powell v Phillips (1972).

Here the driver stuck a 19 year old girl who stepped off the pavement to avoid slush while walking home late at night – The court established that the girl dressed in dark clothes without ‘wearing or carrying anything white, light-coloured or reflective, walking in the roadway nest to the kerb and not on the pavement and not on the right hand side of the road facing oncoming traffic but with her back to it’, to be in breach of the Highway Code, but found the driver to be at fault at the pedestrian had acted reasonably in the circumstances.

On a related note :-

Not in England and Wales – From the CPS charging standard:- “speed, which is particularly inappropriate for the prevailing road or traffic conditions”
Excess speed alone in good conditions. is just speeding – there would need to be some other factor such as weaving in and out of traffic or being unable to stop safely in the distance seen to be clear etc

The situations a little bit unclear north of the border, in Scotland, “Cases involving grossly excessive speeds can be prosecuted as dangerous driving however it is important to note that speed in itself can only be relied upon in exceptional cases in the absence of any other actual or potential dangers”, so it is in Scotland but it’s only likely to happen in exceptional cases.