The distinctive livery used on the Corsa is called Battenburg. 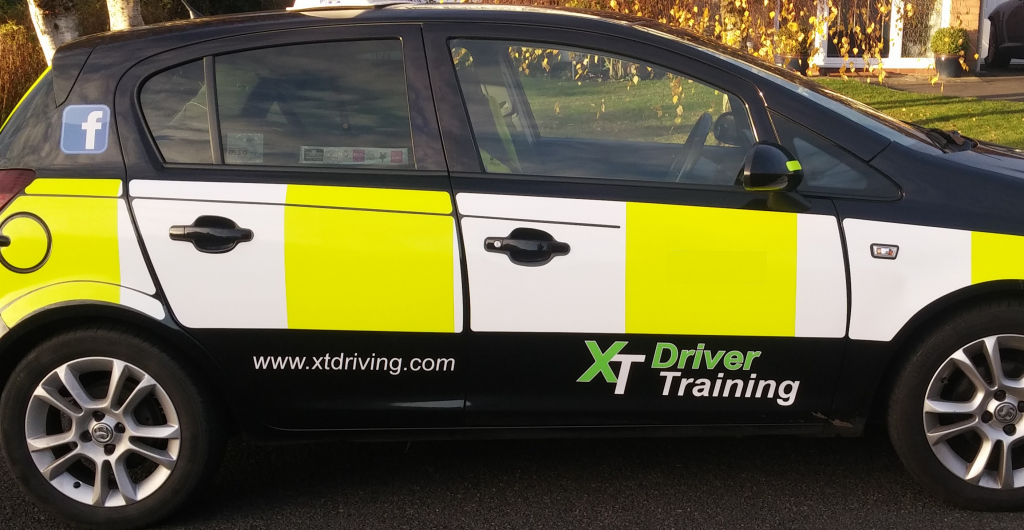 It was originally developed by the Home Office in 1998 as a High-Conspicuity Livery for Police Vehicles used on motorways and dual carriageways.

The main requirements were:

This makes it ideal for increased safety and visibility in a training vehicle where you’ll often be practising manoeuvres and moving away and stopping on the side of the road, especially in the low light conditions at this time of year.

(The Minimum illumination distance at night was defined as  that which is provided by an approaching vehicle with headlights set at the normal dipped position. This applies without the roof lighting in operation on a police vehicle, since it is possible that this equipment can fail)

It was also found  during initial research that the sides and rear of the vehicle are the areas that benefit most from having maximum conspicuity as it’s these areas that passing motorists will see first when vehicles are parked on the near-side of the road –  whereas the front of the vehicle is usually only seen in rear view mirrors.

The  Half-Battenburg design fitted on the Corsa (there is only one row of squares), was specifically designed and tested for ‘visually cluttered’ urban environments, where it was found to be as effective as a full-battenburg design.

The rear design is a standard “Chapter 8” marking  which is considered Department of Transport best practice and the minimum standard (for vehicles frequently stopping on roads – such as works or inspection purposes, deliveries, emergency vehicles etc)

You can see how effective the rear design is at night in the two photos below, in the second photo the only illumination was from the camera flash, demonstrating the safety benefits of the rear markings when parked on the side of the road, in the night time. 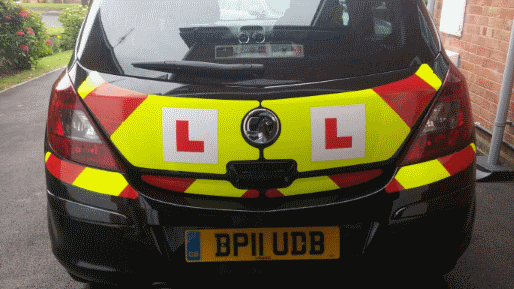 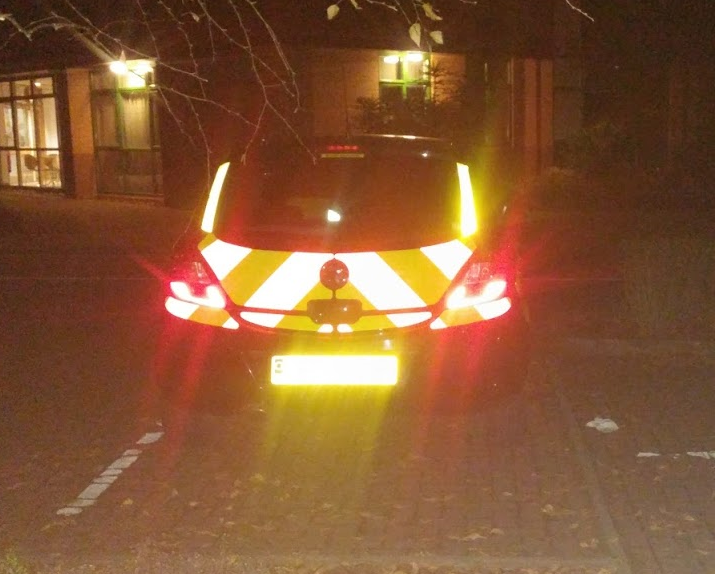 Other than the Emergency Services, vehicles are subject to lighting regulations, which say a reflector is to be classed as a light. (for example having a blue reflector would be the same in law as fitting a blue light to the vehicle), which is why some of the markings are reflective and some are just fluorescent.

The yellow reflective markings which are made from a honeycomb material (close up below) can be a fitted all round the vehicle, 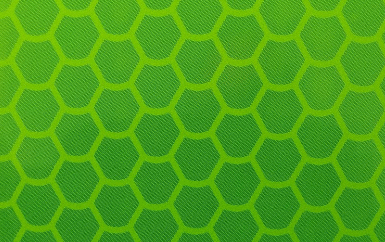 but only red reflectors can be used on the rear and white on the front, which is why the white side marking cannot be reflective.

The design has now spread worldwide, in use in the following countries:-