(OK that might be slightly over simplistic, its a bit difficult to manoeuvre the car slowly without a clutch and moving off from stationary can get a bit noisy)

This a technique that has little practical application, until you actually need to use it.

It was never taught by any Police trainers, and isn’t a requirement for any advanced test, but I’m often asked about it so here’s my thoughts.

Changing up is easy – most people can manage this, simply accelerate and at the point you’d normally change gear move the gear stick without using the clutch – remembering to pause in neutral.

It works because the rev’s are dropping automatically as you lift off the accelerator and pause in neutral and unless you’re way out it’ll work.

Changing down requires more skill, as you move it into neutral you have to increase the Rev’s to the exact point you’ll need, much the same way as a sustained rev gear change, but ensuring the road speed is also correct.

There’s a much choppier version called something like ‘floating neutral’ where you can knock it into neutral, gently push it against the gear required while giving it some gas and when it hits the right point it’ll go in. This wears the syncro.

So doesn’t all this wear out the syncromesh?

Does it have a use?

Personally I use it for demonstration purposes, a lot of people aren’t aware you can do it, many people are but can’t do it, and some can after a fashion, but its not likely you’ll find someone who can drive for long periods doing it.

ADI’s might find it can help with ‘The driving school of Mom and Dad’ – A longish demonstration and a suggestion planted to the learner that expert drivers don’t need the clutch, usually dispels any further of debate as to who is best qualified to advise on driving matters, when Dad tries the technique.

A quote from the Fast and the Furious – (Incidentally kids born the year that film was released will be applying for their provisional licenses soon….)

I’ve no idea what that means – the quote is meaningless – and I doubt double declutching would be a faster gear change technique in a street race?!

I’ve only used this technique in the location below – 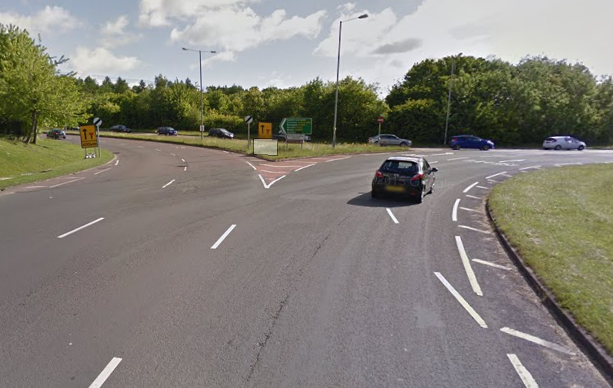 As I enter the roundabout I’m taking 2nd, but I’m now  heading for the exit to the left which is an NSL dual carriageway. So far so good, but that exit goes into a sweeping bend, so to give exit performance and avoid changing gear on the bend, I short shift into 3rd on the island. Of course your actual mileage may vary depending on the performance characteristics of your own car.