Pass Plus – worth it? Learn to Drive in Evesham 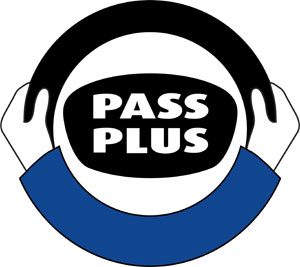 Another question that often comes up – What is Pass Plus and / or is it worth it?

“Wait a minute, don’t you offer a Pass Plus course on this very site? surely it must be worth it then?”

Well like any other product  – it’s not suitable for everyone, it depends on what you need,  but first what is it?

The Pass Plus Scheme was introduced in 1995, as a fudge between compulsory training with a Driving Instructor, compulsory motorway training, and to answer the criticism  that young drivers were only being taught to pass a test, and weren’t learning key skills.

So It’s a good job we sorted all that out back in the 90’s then eh?

The main carrot for all this was cheaper car insurance and there were even rumours at the time it would eventually become compulsory to take Pass Plus.

Anyway the scheme carried on for years, without a massive take up, until eventually in 2010 someone realised that almost no providers were still offering any discount for it – this not helped by the fact, a few less than honest ADI’s were simply flogging the certificates off for 50 quid without providing any training.

So the Government rallied round a few insurance providers to get it accepted again, and also changed it slightly, so that you can now take Pass Plus at any time  instead of just within a year of passing your test.

What does the course cover?

If you want to know in more detail the syllabus and what is covered, the DVSA have released the packs under a freedom of information request here.

There is No Test at the end.

Will Pass Plus lower your insurance?

Possibly – if your insurance provider recognises it.

I always advise people, get a quote with and without, and see if the difference is greater than the cost of the course.

If I can get a discount, how long does it last?

There’s no definitive answer, but I have heard  you only tend to get a discount for the first couple of years.

Which insurance companies recognise Pass Plus?

Can any instructor provide a pass plus course?

Yes – but only in so much, as they have to be registered providers first  – (There’s no qualification to register, Instructors just have to pay, hence some don’t bother, and so can’t provide the course)

The takeup in 2015/2016 for Pass Plus across the UK was a whopping 3% of newly qualified drivers.

Its a good way of receiving additional tuition with a qualified Instructor, on areas that you might be less familiar with (or not covered at all – such as Motorways) or work on any particular issues you may have without the pressure of a driving test at the end, to polish up your existing driving skills -You might also get an insurance discount but its not guaranteed.

Some councils also offer Pass Plus subsidies – (but not round here)

What are the alternatives ? 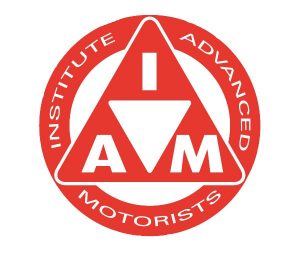 The most recognised post test qualification is the Institute of Advanced Motorists (IAM) Course.

This won’t so much polish up your existing skills, as replace them with a different style of systematic safe driving, based on the techniques taught to emergency services drivers.

The course usually costs £149 (but see below) and works out at better value than Pass Plus as you could receive between 6 and 12 sessions at around 90 minutes (the exact structure varies depending on group/area, locally you have a dedicated observer who arranges to meet at a mutually convenient time – in some areas the runs are on a fixed time such as a Sunday morning and everyone turns up).

At the end of the course you’re tested by a serving or ex-Police driver. (as it happens, I’m on the waiting list to be an examiner). The pass rate is around 95% – That’s not because the test is easy, but because you’re not put forward until you’re ready, and also unlike the L test there’s a lot less pressure as you’ve still got a driving license at the end of the day.

The good news for 18 to 25 year olds is that in Worcestershire you can get the course for free through the local group – There’s a catch though – You have to pay about £75 upfront, and the money is refunded when you take the test – (It’s an incentive to keep you turning up) – It’s a new scheme and it’s not on the website yet, but if you contact them, they’ll provide the details)- Nationally the IAM also do special offers from time to time for 18 to 25 year olds, and some councils and police forces provide funding for the courses as well.

The main thing about the IAM test is that once you’ve passed it never expires – You can call yourself an ‘Advanced Driver’ forever more and declare it to insurance companies forever.

Normally I’d say, get some insurance quotes with and without, but in this case its effectively free (for 18-25s), and you’re almost certain to get some insurance discount in the next 30 odd years of driving because you’ve got the certificate – not least because you’re learn skills that make it far less likely to crash.

You can go on and take a lot of other driving qualifications and while they’ll make you a much better driver, and indirectly lower your insurance because you haven’t crashed, but most of them won’t bring about a straight discount come renewal time.