How To Change Gear – Part 1

First of all to understand how to change gear correctly, you need to also understand the concept of Brake Gear Separation. 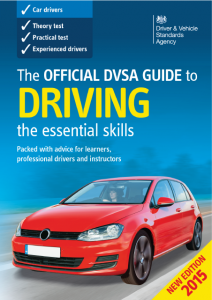 The Official DVSA syllabus for both learner drivers and driving instructors has always stated not just once but in several sections throughout the book :-

“Unless you intend to stop, you’ll need to change to a lower gear once you’ve slowed down”

“As a general rule, it’s preferable and safer to brake to the desired speed and then change down into the appropriate gear“

The parts in bold are the key points, and yet many are still taught to keep the foot on the brake throughout the changing down process.

So what are the reasons for separation?

Stability – engaging the clutch while the vehicle is braking causes the vehicle to rock backward and forward as the mass shifts. When driving at higher speeds or  in poor conditions you may cause the vehicle to skid.

Safety – Keeping both hands on the steering while during the braking and then removing one to change gear means we maintain greater control of the vehicle should something happen, and while nothing ‘happens suddenly’ even the best drivers are not capable of 100% accurate anticipation 100% of the time – hence the need to maximise safety margins and not solely rely on observation and anticipation but also the third stage – Planning! . Doing one thing at a time allows full concentration to be given to each task in turn. It also enables full engine braking to be used – When you engage the clutch you remove the engine from the process and 100% of the slowing down is now undertaken solely by the brakes.

Speed – In this case slow speed – Separation enables the speed to be accurately set before the hazard , For example someone overlapping on an urban left will go around the corner faster than someone using separation – This is fine where there is a view but on a urban left you cannot know what’s around that corner until you are committed so why do you want to go around it faster? – On the approach to a roundabout it gives the driver time to consider the flow of traffic on the roundabout and make a decision to stop or go before they get there.

Some Instructors often then spend time telling clients driving in straight line that they shouldn’t be ‘pushed along’  by the vehicle behind, but then suddenly deem it acceptable to use brake gear overlap if there is a following vehicle close behind on the approach to a left turn or a roundabout – despite the official advice always being to slow down to decrease the stopping distance.

But what about automatics? Don’t they overlap? – Well LGV’s don’t have a rear view mirror but that doesn’t mean I don’t use mine when driving a car.  Best practice should be followed for the specific vehicle type.

Now we covered where you’re right foot should be, it’s time for Part 2 – How to hold the gear lever