The header photo on this page isn’t just any old roundabout.

Its the one directly outside DVSA HQ at Cardington, Bedfordshire.

I was one of a small number of ADI trainers to be invited by the DVSA to attend a training workshop at Cardington for the New Part 3 and one of the very few invited not on ORDIT*.

While I didn’t survey everyone of the 60 attendees, I think I was also probably the only ADI Trainer from Worcestershire there.

We were given input ‘direct from the horses mouth’ from Lesley Young, Mark Magee and John Sheridan, and several other DVSA Policy makers on exactly the upcoming changes, the proposed changes to ORDIT, changes to the administration of the Examiners teams on the ADI side and how they are intending to address the concerns made by many people about the new part 3 being too easy or being scripted.

The workshop also covered the standards check, NSDRT competencies, and the planned enhancements to the ORDIT scheme. 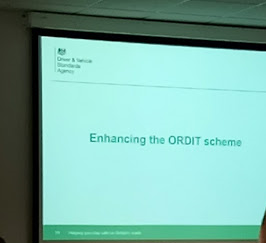 This is the first time the DVSA have run an ADI training workshop since 2009! and (with the exception of one other date soon, held in the North) is likely to be the only one.

They now see their role as purely a testing agency leaving training to the training providers such as myself.

There were several discussions on topics such as suitable subjects for the Part 3/SC, the new ADI26 form, the logbook requirement for Part 3 candidates, proposed changes to the ADI21T.

I can’t cover anything in too much detail at the moment as the was a request to hold back releasing information until the workshop in the North has been held but I will make a later blog post, or perhaps add it to the standards check section of this site when that happens. 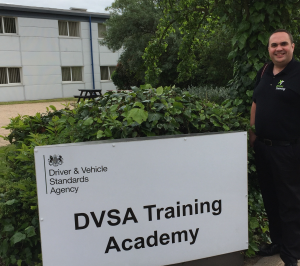