Learn to Drive in Evesham – Which test centre to choose 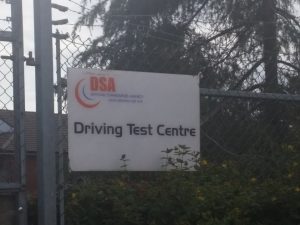 The Driving test centres closest to Evesham are Worcester, Redditch and Cheltenham.

Often instructors will favour Cheltenham – because there are no off road parking spaces at Cheltenham so on the current driving test this means the bay park exercise is not used so little effort is put into teaching it.

If the proposed changes to the test come in however examiners will use public car parking spaces so this ‘advantage’ will disappear.

Do you think its likely that you will ever have to park in a bay during your driving career?

(many also don’t teach the right reverse around the corner – Do you think might ever have to reverse into a junction on the right in the next 30 odd years of driving?)

Also Worcester features a large gyratory roundabout – (Junction 6 , M5) which can feature on test routes, which won’t appear in Cheltenham.

Again do you think its likely during your driving career that you might have to negotiate a large multi-lane roundabout and that the ideal time to practice one would be with a Instructor and not by yourself after you’ve passed your test?

So what are the current test centre pass rates?

Pass rates for all the test centres can be found here and are also further broken down into male and female.

So which test centre do I recommend?

Simple -The one with the shortest waiting time – if you can drive down a road and turn left correctly in one area you should be able to do it any area – Unless you’re planning to only drive around the test routes once you’ve passed, learn to drive, and not just to pass a test.